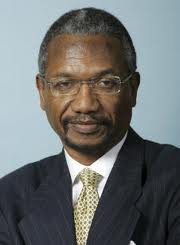 Rep. Harold Dutton of Houston today filed HB 147, a bill to prohibit the death penalty for people convicted under the law of parties.

State Representative Harold Dutton, who has sponsored a bill in the Legislatures to end the death penalty in law of parties cases, wrote a letter urging Governor Abbott and the Texas Board of Pardons and Paroles to grant clemency to Jeff Wood. His bill was signed by four other state representatives: Senfronia Thompson, Garnet Coleman, Ron Reynolds and Alma Allen. Thank you to each of them for helping to save Jeff Wood.

An Unjust Execution Was Scheduled for Today, but Jeff Wood Will Not Die Today. Thank you!

Today, August 24, 2016, was scheduled to be the day of Jeff Wood’s unjust execution in Texas. Many people were outraged that Texas sentenced him to death even though he did not kill anyone. His execution has been stayed, but he remains under a sentence of death. His case has been sent back to the trial court for further action. Right now, he remains on death row in the Polunsky Unit. Thank you to everyone who spoke out to stop his execution. Please sign the petition if you have not already done so.

We will continue to visit with members of the Texas Legislature to build support for passing a bill in 2017 to prohibit death sentences in law of parties cases. We hope you will join us on Lobby Day in the spring at the Texas Capitol. Photo with Jeff Wood’s family on lobby day in 2015 in support of bill to end death penalty in law of parties cases. We visited all the offices of members of the House Criminal Jurisprudence Committee asking them to support the bill, which did later pass the committee with votes in favor by Rep Jeff Leach, Rep David Simpson, Rep Abel Herrero, and Rep Terry Canales.

Here is a report from the Austin American-Statesman on the successful lobby day, which was widely covered in the media, including the Dallas Morning News.

Text of Court Order for Stay of Execution for Jeff Wood

The order includes a concurring opinion by Texas Court of Criminal Appeals Court Judge Elsa Alcala in which she says she would also grant relief on additional claims not granted by the opinion that stayed the execution of Jeff Wood.

“I write separately because I would also remand claims five, six, and seven, in which applicant alleges that his participation in the offense and his moral culpability are too minimal to warrant the death penalty, that evolving standards of decency now prohibit the execution of a person who was convicted as a party to a capital offense, and, more generally, that Texas’s death-penalty scheme should be declared unconstitutional because it is arbitrary and fails to target the worst of the worst offenders, in violation of the Eighth Amendment.”

Stay of Execution for Jeff Wood

“The court did the right thing by staying Mr. Wood’s execution and authorizing his claims related to Dr. Grigson’s false testimony during the sentencing phase to be considered on the merits. The man who committed murder was executed in 2002. Justice is not served by executing Mr. Wood, who was outside the building when it happened and who had no criminal history. Three former jurors have said they feel the government’s presentation to them of a discredited psychiatrist who predicted with certainty, and without evaluating Mr. Wood, that Mr. Wood would be criminally violent in the future was unfair. The psychiatrist had been expelled from the American Psychiatric Association and the Texas Society of Psychiatric Physicians for the same unethical conduct as he engaged in Mr. Wood’s case. The jurors no longer support a death sentence. Mr. Wood is grateful for the opportunity to prove that his death sentence is unwarranted.” 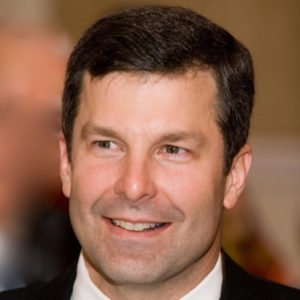 In January of 1996, Jeffrey Wood and Daniel Reneau carried out a plan they both made to rob a convenience store in Kerrville. Wood sat in the vehicle outside the store while Reneau went inside to steal the store safe. When the clerk failed to give up the safe, Reneau fatally shot him. After hearing the shot, Wood went into the convenience store and helped Reneau to remove the safe and security camera footage.

Based on that short synopsis, it would not be difficult to understand why juries convicted both Wood and Reneau of capital murder and sentenced both to die by lethal injection.

In 1997, Reneau confessed to his crimes. He was executed in 2002. Wood faces the same fate next week.

There is no doubt that the acts carried out by the two men are deserving of harsh penalties. But does one who did not pull the trigger deserve the same penalty as the one who did? As life often demonstrates, the answer can be complicated. In some cases I believe this may be justified. However, in this case, I believe the answer is no.

I believe the death penalty, and in some cases the law of parties, has a place. Human life, being made in the image of God, is very precious. Taking that life unjustly deserves, in some cases, the severest of penalties — the forfeiting of the perpetrator’s own life for the life or lives of those unjustly taken.

In the case of Wood, I have seen enough questions to warrant advocating that his life be spared. Ultimately, God will judge our actions, and as human beings we make mistakes and our justice system is not perfect.

Reports have shown that Wood asked his partner Reneau not to bring a gun, something that was mentioned in Reneau’s trial, but not Wood’s. That does not excuse the actions Wood took planning and helping to carry out the deed. Others have claimed that Wood was forced and that he was not mentally competent to stand trial — leaving unanswered questions in a case that is about to end a man’s life.

Davy Crockett once said, “Be always sure you are right, then go ahead.” This is one of my favorite quotes because it demands both humility and courage. We are not always right. Government, our justice system and our laws are not always right. When we are not sure we’re right, we need to stop and reflect. Erring on the side of life is far better than to wrongly take another life.

These are some of the reasons why I decided to join my colleagues on both sides of the political aisle to ask for the Texas Board of Pardons and Parole to recommend Gov. Greg Abbott commute Wood’s sentence. This would not free or pardon him, but it would spare his life.

In this case I believe justice would be better served if Wood’s death penalty sentence is commuted. Wood would still serve the remainder of his life in prison. Wood did not take a life himself, but he did play a substantial role in a heinous crime which resulted in the loss of precious human life. A severe punishment appears just, but not to the same degree as Reneau received. A righteous judgment can still be served.

Avoiding doing any wrong in measuring and meting out appropriate judgment must be our aim at every step in the criminal justice system, lest we subvert justice in the name of exacting it.

KVUE Report on Delivery of Petition Signatures to Save Jeff Wood to Gov. Abbott and Board of Pardons and Paroles

Today, Jeff Wood’s family and friends delivered about 10,500 petition signatures to the offices of Texas Governor Greg Abbott and separately to the office of the Texas Board of Pardons and Paroles. Below is a media story of today’s delivery from KVUE in Austin, reported by Erin Jones, “Jeff Wood’s family trying to stop his execution“. You can still Sign the petition here. We will deliver additional signatures later.